Redeemer Bible Church believes in supporting men driven to teach and preach Christ to the nations.  Below are the families we are presently supporting. 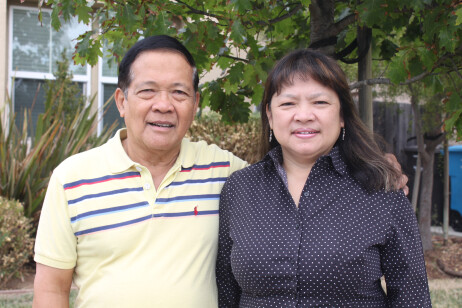 The present ministry of the Caguin’s can be summed up as an Philippians 2:1-3 ministry founded on living a Christ-like renewed mind, maintained by Christian love, united in the spirit, intent on one purpose of regarding one another as more important than themselves.  Teach, preach, and exalt Christ always so people will be saved.

Ed and Susan met while working together in a Philippine bank. They got married in 1975, and then migrated to California in 1985.  God saved them in 1988, but it wasn't until they joined CBC in 1996 that they grasped the amazing doctrines of grace.  In 2002, Ed finished his Leadership and Training Development Class under Phil Foley.  Ed also took some classes at Grace School of Theology from 2003 to 2004.

Ed has been involved in advancing God's kingdom through various missionary trips.  In 2001, Ed and Susan went with a CBC Short-Term Mission Team to share the gospel and minister to a church in Uganda.  In 2003, upon invitation of Pastor Nilo Sanchez, Ed and Susan did a month of teaching and preaching the gospel in the three major islands of the Philippines - Luzon, Visayas and Mindanao.  Ed trained the pastors while Susan trained the wives of the pastors.

For over ten years, Ed had been consistently sharing the gospel in a far away mountain in Papatahan, in the island of Luzon, Philippines.  Three years ago, Ed also went with Jeff Wilson to do another short-term trips to Tijuana and San Quintin, Mexico.  He is an Elder at Community Bible Church.  He teaches Adult Sunday School, shepherds a Home Fellowship Group, manages the church bookstore, and works as the Financial Administrator of The Cornerstone Bible College and Seminary.

Like the Apostle Paul, Ed had a great burden to share the gospel to his fellow countrymen. In April 2015, Ed and his younger brother Raul who resides in the Philippines inaugurated a CBC Vallejo church plant, Community Bible Church of Marikina.  The Lord has blessed this church with an average of 60-70 regular, weekly worshipers. Ed and Susan have a deep resolve to share the gospel specifically to the social outcasts, the broken-hearted like the victims of human trafficking, the orphans and the street families of the people of Marikina then throughout the Philippine islands. Effective 2016, Ed and Susan plan to get more involved in advancing the gospel work there.

Ed and Susan have two married sons and four grandchildren. 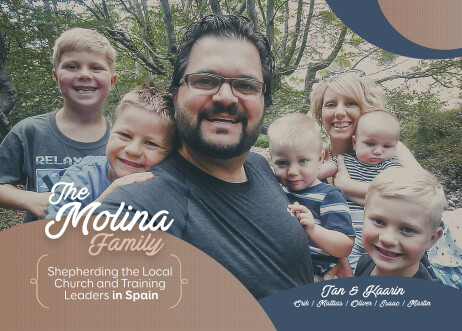 The Molina family has been called by God to shepherd, to evangelize, and to train men in Christ’s church in Spain. After being trained at the Cornerstone Bible College and Seminary and also at CBC Vallejo, Tan will go back to his home church in Leon, Spain to, eventually, take over a church plant in the city of Ponferrada. The bulk of their ministry will take place in an area of 500,000 people with only two Bible-believing churches.

TS pastors a church in South Asia and is the founding President of a seminary there.  TS is being used by the Lord to train Christ-centered, Spirit-empowered, expository preachers in his country.  For him, the purpose of expository preaching and training is to promote biblical literacy and establish the undiminished divine authority of God's Word in the church.  The aim of his school is to prepare men fo rate purpose of ministry in the local church, equipping them for full-time pastoral roles and missionary work, and to plant churches.  The basic objective is to train men of faith, character, and vision, who would exposit the Word of God.  Today, the seminary has been used by God to train men not only from it host country, but also from neighboring countries as well.

TS was born and raised in a remote area of his country.  God saved him at age 15.  Two years later, he graduated from high school and had his first opportunity to preach.  While at studying at the capital university, he traveled to neighboring countries which confirmed his call to full-time ministry.  He also assisted in church planting in very rural settings of his country.

TS is a graduate of Grace School of Theology and Ministry in California.  He was a ministry intern at Community Bible Church in Vallejo, California from 2001 to 2004.  TS and his wife have 2 sons and 1 daughter.

AS serves as the Academic Dean and full-time professor at his seminary which plants churches and trains Christ-centered and Spirit-empowered expository preachers.  His seminary is based in his country but draws students from other provinces and neighboring countries.  AS' prayerful hope is to send this men back to preach and plant churches in their home communities, and to have the opportunity himself to preach and plant.  AS also serves as an elder and leads worship at his local church.

AS graduated in 2012 from The Cornerstone Seminary, Vallejo, CA and was an intern at Community Bible Church also located there.  Upon graduation, he returned to his country to partner with the seminary located there.